Lexington Communications has taken over the secretariat of the Coalition. We are delighted to be leading the Coalition’s activities which, this year, will include building on the ODN report that was begun last year, raising awareness of hepatitis C and associated diseases in partnership with other third sector organisations, doing some media work and of course, seeking new champions for the cause of reducing hepatitis C-related illness and the eventual elimination of the virus.

Public Health England (PHE) has published a report on Hepatitis C in England, subtitled, ‘Working towards its elimination as a major public health threat.’

Since publication of PHE’s Hepatitis C in the UK 2016 report, the World Health Organisation (WHO) European Region has published its draft action plan for the health sector response to viral hepatitis. The PHE report notes that this action plan sets relatively more ambitious targets of 50% diagnosed and aware of their infection by 2020 and 75% of those with late-stage HCV-related liver disease diagnosed by 2020.

The report notes that, while the first target of 50% being diagnosed by 2020 may have already been reached in England, more needs to be done if we are to reach the 90% diagnosed target by 2030. In particular, the report states: “It will be important to act promptly to increase the numbers diagnosed in England, as this will quickly become a limiting factor for operation delivery networks as they successfully treat their known diagnosed population.”

This report emphasises that if we are to tackle HCV infection in England, it is critical that PHE continue to work with partners “to improve prevention, raise awareness, increase testing and get more diagnosed individuals into treatment and care, whilst ensuring access to HCV services is equitable.” Furthermore, the report states that in order to reduce the levels of undiagnosed infection, it is necessary to raise awareness of HCV and to roll out (and monitor) testing to more individuals at risk of infection, including priority populations like people who inject drugs (PWID), those in secure and detained settings, and to populations with close links to countries with a high prevalence of HCV infection.

Of particular interest is the announcement that, in order to aid the progress towards the WHO target to eliminate hepatitis C as a major public health threat in England by 2030, PHE plans to establish a cross-agency expert group on viral hepatitis to provide strategic direction and advice around hepatitis C. According to the report, “this group will be a forum to explore and develop operational and implementation issues that help us find the best ways to enact our commitments at local, regional and national level.”

All people at risk of hepatitis C virus infection in England should have access to testing and, once tested, action should be taken to either reduce their risk of infection, prevent further transmission of the virus or place the patient on a treatment pathway.

The report makes various recommendations about how to improve hepatitis C services in England in order to achieve the WHO Global Health Sector Strategy (GHSS) targets. They fall into the following categories:

It is worth noting that the report gives special acknowledgement of the role that organisations such as The Hepatitis C Trust, the British Liver Trust, HCV Action and Addaction play, especially in raising awareness of hepatitis C. The report notes that these organisations have been “particularly influential”, stating that “such work is essential and complements government and public sector initiatives in this important area.”

The Department of Health has opened a consultation on ‘Infected blood support: special category mechanism’, which seeks views on the new special appeals mechanism that offers financial and other support for those with chronic hepatitis C infection.

In July 2016 the government published its response to the January 2016 consultation on reform of the current ex-gratia payment schemes for individuals infected with HIV and/or hepatitis C following treatment with NHS-supplied blood or blood products before September 1991. Since then, the new and increased payments promised for financial year 2016 to 2017 have been rolled out. The DH has developed a special appeals mechanism, called the ‘special category mechanism (SCM)’, for those with chronic hepatitis C infection (stage 1) and the government is consulting on the details of it and proposals for ensuring the scheme remains within its budget.

The Hepatitis C Coalition will be drafting a consultation response with input from members.

A meeting of the Drugs, Alcohol and Justice Cross-Parliamentary Group took place on Wednesday 8th March in Parliament. The group is co-chaired by Lord Ramsbotham and Mary Glindon MP. Besides the co-chairs, other parliamentarians in attendance were:

Coalition Vice-Chair and Chief executive of the Hepatitis C Trust, Charles Gore, gave a talk to the cross-party group on the current state of hepatitis C services is the UK, with a particular focus on prisons; this was followed by a lively Q&A session from across the group. 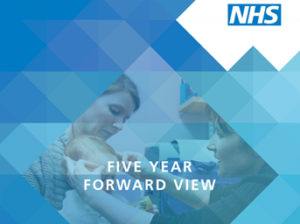 NHS England has published its next steps on the NHS Five Year Forward View report. The document sets out progress on improving and transforming services so far during the period, as well as outlining the next steps the NHS will take to deliver the Forward View.

The document notes the plan is ‘stretching,’ but stresses it is ‘realistic’ roadmap for delivering improved and more integrated services in a sustainable way. It particularly highlights the importance of ensuring the service collaborates effectively to ensure services are designed around patients.

The document’s concluding line, that the measures outlined in the report will enable the NHS to ‘earn the right to make its case for [patients and taxpayers] continuing support, now and for future generations,’ hints at an acknowledgement that the plan in itself is not sufficient to place the NHS on a sustainable footing. It firmly leaves the door open for NHS England Chief Executive Simon Stevens to ask for further additional funding from Government.

Of particular note, the document states NHS England will make further cancer medicines available through the reshaped Cancer Drugs Fund and the Accelerated Access approvals process with NICE. The chapter on harnessing technology and innovation outlines the need to roll out new treatments funded by NHS England’s specialised commissioning; publishing an Implementation Plan for the UK Strategy for Rare Diseases; expanding the NHS’ genomics capability; creating a ‘more fertile’ environment for clinical trials; a new round innovations selected by the NHS Innovation Accelerator; following the recommendations of the AAR on the role of Academic Health Science Networks and Test Beds; and supporting the development of a sector deal for UK Life Sciences.

On 23rd February the Government published the Prisons and Courts Bill and received its second reading on 20th March. It entered the Committee stage in the House of Commons, with oral evidence sessions on 28th and 29th March and it will proceed further through the Committee stage on 18th April. Dates have not yet been set for the Bill to enter Report stage. The legislation can be seen here.

The Bill will create a new statutory framework to support the Government’s plans to make prisons places of safety and reform. The measures in the Bill are a part of the wider structural reforms announced in the Prison Safety and Reform white paper published on 3 November 2016.

The Hepatitis C Coalition will be following the Bill’s progress closely and in fact, we will be putting forward a new clause to be added to the Bill, centred on health. We will be doing this in conjunction with the Hep C Trust, following Charles Gore’s appearance at the Drugs, Alcohol and Justice cross-party group earlier this month. The group’s co-Chair, Lord Ramsbotham, is supportive of this endeavour. We would like the new clause to include provision for BBV and substance abuse testing and mental health if possible.

You can submit written evidence to the House of Commons Public Bill Committee here. 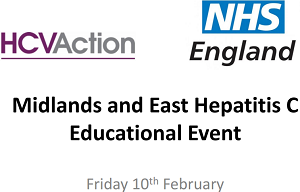 The HCV Action team has produced a summary report of the event, which you can access here. The presentation slides from the day can also be accessed here.

HCV Action will be holding an ODN workshop in Newcastle on 3rd May and a roadshow at Robinson College, Cambridge, on 9th May. 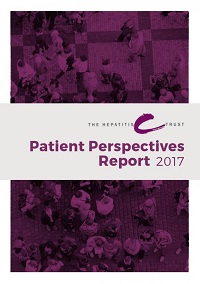 On 7th March the Hepatitis C Trust launched its Patient Perspectives and Nurses’ Perspectives reports in Parliament at an event hosted by Baroness Randerson (Co-Chair of the APPG on Liver Health). The event brought together parliamentarians, patients and nurses to discuss the findings of the reports and the steps required to eliminate hepatitis C.

The reports make clear the significant challenges still faced by people living with the virus, including societal stigma as well as the on-going restrictions on access to NICE-approved, curative treatments.

They were written after a series of interviews with patients and an online survey with nurses, and lay bare not only the reality of how treatment rationing affects patients and nurses, but also the stigma, fear and isolation still felt by many people living with hepatitis C.

Key themes of the reports include:

The Hepatitis C Coalition has continued its ODN visits which were begun last year, with the aim of assessing how delivery of hepatitis C services worked on the ground. So far this year, the Coalition has visited Dr Michelle Gallagher, ODN lead for Surrey Hepatitis Services, the smallest ODN in the country, at her base at the Royal Surrey County Hospital and Dr William Gelson and Kirsty McKibben from the Eastern Hepatitis Network at Addenbrooke’s Hospital.