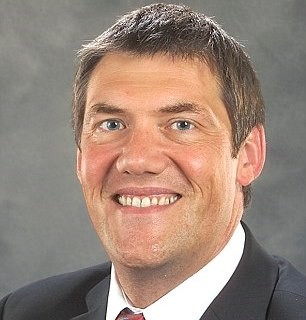 The Hepatitis C Coalition is delighted to announce that it has appointed a new Chair, Professor Stephen Ryder. Professor Ryder is a Consultant Hepatologist at Nottingham University Hospitals NHS Trust and Honorary Professor University of Nottingham, School of Medicine.

Professor Ryder was the national lead for the Hepatology Clinical Research Network (CRN) until 2015 and is the East Midlands lead for Division 6 of the CRN.

He graduated from Nottingham University Medical School and trained in hepatology at St Mary’s Hospital and Kings College Hospital London.

Professor Ryder became the Director of Research and Innovation at NUH in January 2016 and is Director of the NIHR Clinical Research Facility. 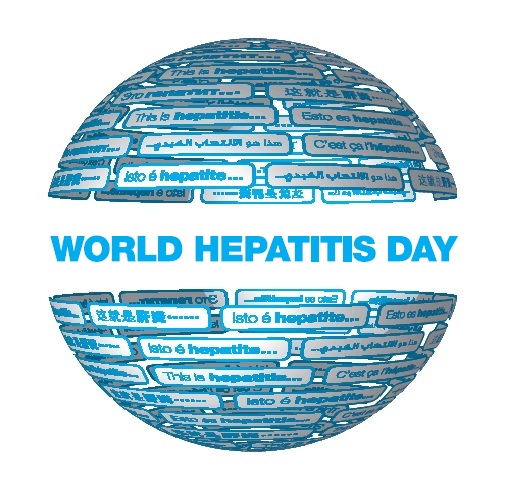 World Hepatitis Day (WHD) took place on the 28th July, bringing the world together under a single theme to raise awareness of the global burden of viral hepatitis and to influence real change. One of just four disease-specific global awareness days officially endorsed by the World Health Organization (WHO), WHD unites patient organisations, governments, medical professionals, civil society, industry and the general public to boost the global profile of viral hepatitis.

This year’s day was focused around the theme ‘Eliminate Hepatitis,’ and featured the #ShowYourFace campaign. #ShowYourFace is a Polaroid photo campaign focusing on individual human faces to highlight that hepatitis is relevant to everyone, everywhere in the world and that helping to eliminate it is something we can all support.

At the Hepatitis C Coalition, we marked the day by launching our animation calling on parliamentarians to take action to achieve WHO targets to commit to our visions to test, treat, cure the hepatitis C and eliminate the virus for good. 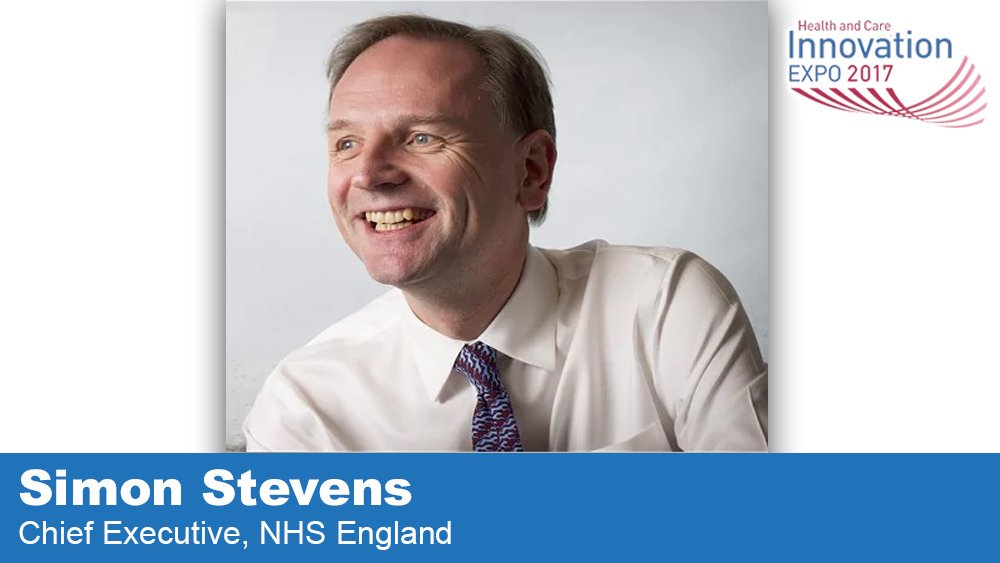 Stevens said that NHS England has embarked on a sustainable roll-out strategy for treatment. He added that there is now evidence that the investment in these ‘game-changing treatments’ and the prioritisation by the Hepatitis C operational delivery networks of patients with greatest unmet clinical need, has significantly reduced deaths and liver transplants. By the end of August 2017, approximately 20,000 patients will have been treated, which amounts to more than 10 per cent of the total estimated infected population. He also highlighted that, since NHS England has followed NICE guidance to focus on those at greatest clinical need, this has led to a rapid reduction in mortality (by around 10 per cent) and an unprecedented reduction in liver transplants for Hepatitis C Virus of around 50 per cent. Stevens also highlighted that the number of people to be treated overall is set to increase by 25 percent in 2017/18.

LJWG on Substance Use and Hepatitis C Annual Conference 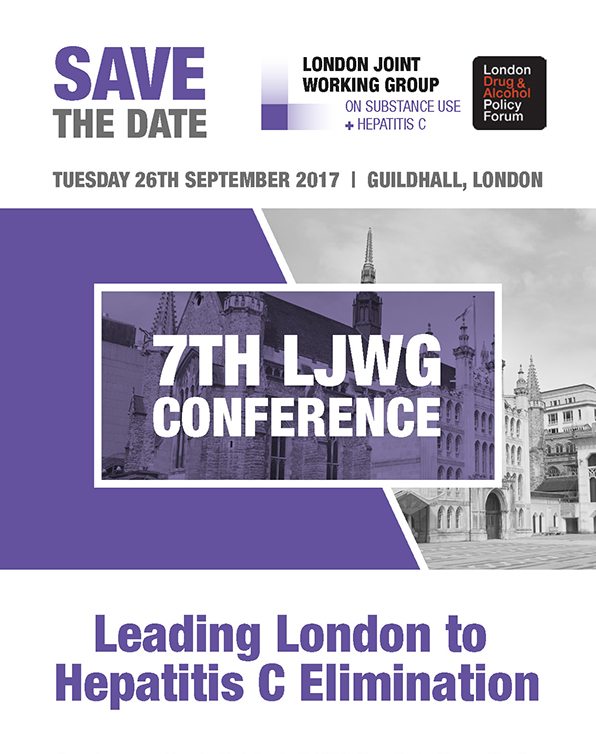 The London Joint Working Group (LJWG) on Substance Use and Hepatitis C held its 7th Annual Conference on Tuesday 26th September in London. The event brought together clinicians, officials from Public Health England and NHS England, and charities to discuss how London can eliminate hepatitis C.

The keynote speech at the conference was delivered by Public Health and Primary Care Minister Steve Brine MP, who pledged to take a close personal interest in tackling hepatitis C. The Minister began by giving an overview of the current situation with hepatitis C services. He stressed his desire to learn more about hepatitis C, especially in relation to prisons, given that he has a keen interest in the justice system via his previous work as part of the justice committee.

The Minister also stated that he was in favour of greater testing and treatment in the community – in primary care and drug and alcohol services. He said that he would support measures such as vouchers to work as incentives to get people into treatment, as well as measures to promote peer to peer support in keeping people in treatment. Finally, he said that his priorities are increased diagnosis and increasing the numbers of those getting and staying in treatment. He called for a coordinated approach to ‘testing, treating and curing’, and pledged that he will work with his colleagues in the Department of Health to make certain this is a priority.

Following the evidence sessions and submission of written evidence, a ‘blueprint for elimination’ will be produced, providing an overview of the evidence received, and setting out some of the practical steps that can be taken to ensure the elimination of hepatitis C as a serious public health concern in England.

A new report by the London Joint Working Group (LJWG) on Substance Use and Hepatitis C revealed that significant action and progress is still needed to increase access to hepatitis C treatment. The report found that current service provision in the capital, for vulnerable, socially marginalised populations such as those who inject drugs is patchy, disjointed and often unable to support their needs. As such, the group calls for more joined-up thinking in all London boroughs to ensure that this often young population carrying the hepatitis C virus receive the testing and treatment they need.

Over a quarter of people with hepatitis C in the UK live in London – some 60,000 people – and around 40 per cent of them remain undiagnosed. In the capital, there is a high prevalence of the virus amongst people who inject drugs which remains the major risk factor for becoming infected.

According to the LJWG report, increasing the number of people treated with these new medicines offers the potential to halve disease burden in 10-20 years.

Dr Suman Verma, Consultant Hepatologist at Chelsea and Westminster Hospital and LJWG co-chair, said: “There is still significant progess and action needed to increase access to HCV treatment in London. At present, approximately three per cent of this population in London currently receive treatment. We need better testing, treatment, and coordination within and across boroughs to help remove the barriers that currently prevent this vulnerable population accessing the care that they need.”

Other key findings of the report include the call for all boroughs to have a strategy in place to address liver disease and hepatitis C in particular and the recommendation that the HCV treatment pathway should be facilitated by hepatology services and supported by drug treatment services. It also calls for hepatitis C antibody testing to be offered in all drug treatment services and other points of care, such as needle and syringe exchange programmes, as well as in pharmacies.

After 2-3 years of collaborative working, the BLNF and BASLNF members reached a stage where their aims and objectives for liver nursing were such that it was agreed to unite so as to provide one powerful voice to raise the profile of liver nursing, across the UK.

The BLNA is a professional nursing association run by its members for its members and promises to continue to offer professional support for nurses working within all fields of liver disease. The BLNA will take forward the shared values and strengths from both BASLNF and BLNF and together with and on behalf of its members, will ensure opportunities are available to share best practice, as well as attend educational meetings, with the ultimate aim of improving standards of liver care to all people affected by liver disease. 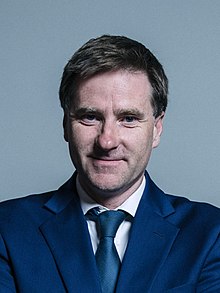 In September the Hepatitis C Coalition met the Minister for Public Health and Primary Care, Steve Brine MP. The meeting was very constructive, and the Minister has asked the Coalition to put together a strategy for how the whole hepatitis C pathway can work together efficiently towards elimination. 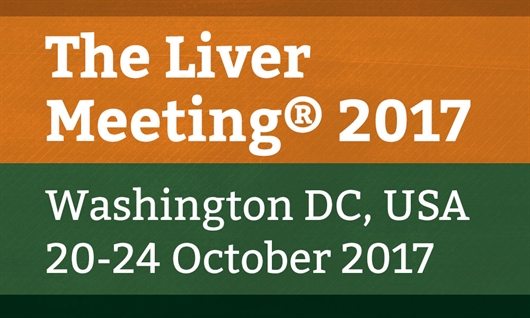 The Liver Meeting 2017, organised by the American Association for the Study of Liver Diseases (AASLD) will be taking place in Washington DC, USA from 20-24th October.

HCV Action will be holding  an ODN workshop in Preston on 11th October, with a roundtable event taking place in Cardiff on 8th December.