Launch of ‘Signposting the Way to Elimination by 2025’ 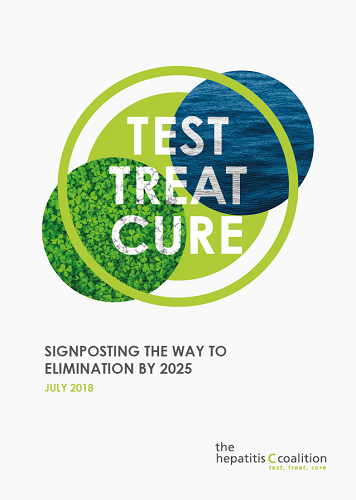 The Hepatitis C Coalition was delighted to launch its document ‘Signposting the Way to Elimination by 2025’ in the House of Commons on Monday 16th July. In a sun-soaked Thames Pavilion, we were joined by more than 60 people from across the country to celebrate the launch of the document and pledge their commitment to supporting the NHS in achieving elimination by 2025. Attendees included consultant gastroenterologists and hepatologists, operational delivery network (ODN) leads, clinical nurse specialists, hepatology pharmacists, charity members, patient representatives, representatives from NHS England, industry and other hep C enthusiasts. We also had 15 parliamentarians come by to sign our pledge board to raise awareness of hep C and the potential for elimination.

We heard speeches from Diana Johnson, a member of the Health and Social Care Select Committee, who has led the campaign for an inquiry into the contaminated blood scandal, Shadow Public Health Minister, Sharon Hodgson, our Chair Professor Steve Ryder and Vice Chairs, Professor Ashley Brown and Rachel Halford. We also heard from Dr Suman Verma, a hepatologist working with the London Joint Working Group on Substance Use and Hepatitis C on their pharmacy testing pilot project.

All in all it was a really successful event to launch what has been a major piece of work for the Coalition. Many thanks to everyone who attended and we look forward to building on this momentum over the coming months. 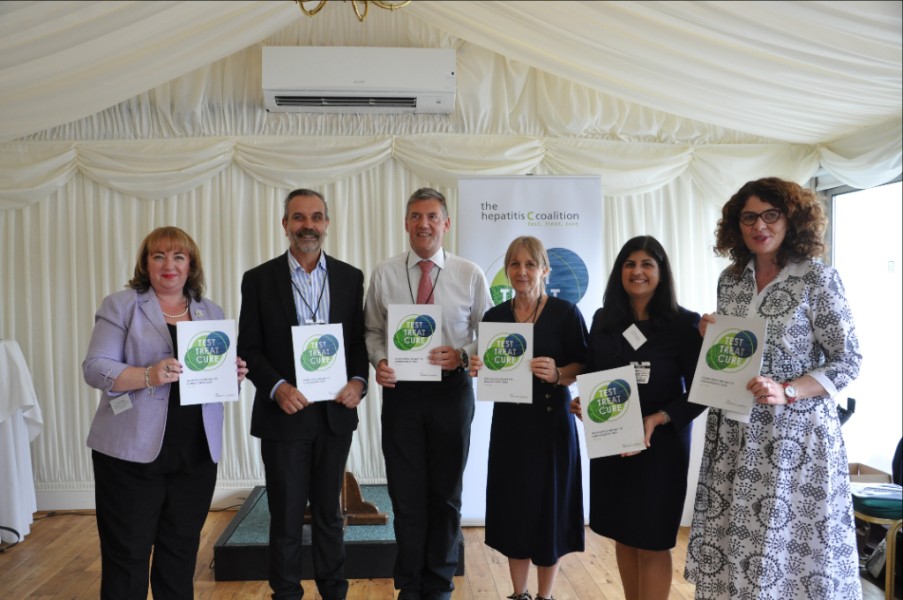 The World Hepatitis Alliance once more held its annual World Hepatitis Day on Saturday 28th July. The theme for this year’s event was ‘Find the Missing Millions’ – a call to arms to raise awareness of the virus to help find the estimated 71 million people worldwide who are living with chronic hepatitis. The Hepatitis C Coalition produced an animation to mark the day, as well as working with Shadow Public Health Minister Sharon Hodgson MP on a blogfor Labour List.

The Hepatitis C Trust commissioned a survey looking into public awareness of hepatitis C ahead of World Hepatitis Day. Headline findings showed that Despite 80% of respondents stating they thought they knew what hepatitis C is, less than 40% knew that it infects the liver, and less than 30% knew the virus is curable.

Symptom awareness is low, with only a third of respondents accurately identifying tiredness, loss of appetite, vomiting and abdominal pains as signs of infection. When asked how hepatitis C is transmitted, 30% incorrectly said it was through exchanging saliva. Less than half knew that symptoms are not always obvious and can go unnoticed, leading to people living for years without knowing they are infected. 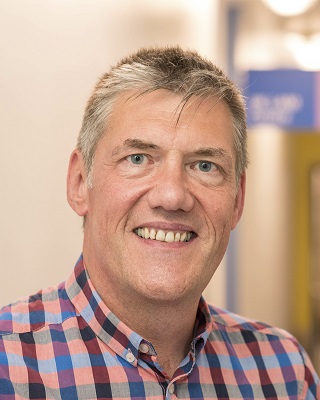 Chair of the Hepatitis C Coalition, Professor Steve Ryder, has published an opinion piecein The Times’ Red Box, the political column which is circulated to 43,000 subscribers. The article draws on the survey results from the Hepatitis C Trust. It also notes the positive impact of World Hepatitis Day, and calls for an awareness campaign to rival those produced for HIV and AIDS in the 1980s. It is imperative that, as the British public was exhorted all those years ago, that they “don’t die of ignorance”. The key point that Professor Ryder asks readers to take away from the piece is “to tell ten people today about hepatitis C. Ask them to tell another ten people. If they can all pass it on, we might be able to shout rather loudly.”

Sir David Amess MP (Con, Southend West) led a debate on Tuesday 12th June on the elimination of hepatitis C (HCV). The debate follows the launch of the APPG on Liver Health’s report ‘Eliminating Hepatitis C in England’ in March. He talked through the report’s areas of focus: awareness, prevention, testing and diagnosis, care and treatment, funding and monitoring progress, and highlighted the challenge that lies ahead in achieving the WHO’s target of elimination by 2030, and, by extension, NHS England’s 2025 target.

Responding for the Government, Parliamentary Under Secretary for Public Health and Primary Care Steve Brine MP (Con, Winchester) pledged to write a direct response to the APPG on Liver Health’s report, taking each recommendation in turn. He said that he expects the outcome of the industry deal on access to medicines in the autumn, which, he said, “should allow for even larger numbers to be treated each year.” He stressed the importance of testing and treatment in community pharmacies and making every contact with services count.

Responding for the Opposition, Shadow Minister for Public Health and Primary Care Sharon Hodgson MP (Lab, Washington and Sunderland West) highlighted the problem of tackling awareness and stigma. She asked the Government how they were planning to deal with this issue and if the Government had “any plans to support Public Health England in raising awareness of hepatitis C among the wider general public, and what format might that campaign take.” She also stressed that “Testing should become routine in substance misuse services, sexual health clinics and prisons, and it must also increase in primary care and community settings, such as hostels, daycentres and police custody.”

Sharon Hodgson MP: “I thank Professor Steve Ryder, whom I met earlier this year, for his expert briefing and for the obvious passion that he has for eradicating hepatitis C in this country as soon as possible. I also pay tribute to the Hepatitis C Trust and the Hepatitis C Coalition for the work that they do.​”

Steve Brine MP: “I pay tribute to the Hepatitis C Trust and the wonderful Charles Gore, whom I have got to know in this job. He is a colossus in this area, and has become a friend. I also thank the Hepatitis C Coalition – this issue has been central to both those organisations.”

On 9th July, Baroness Randerson tabled an oral question in the House of Lords to ask if the Government plans to publish a strategy for the elimination of hepatitis C.

Health Minister Lord O’Shaughnessy responded that the Government is committed to meeting the World Health Organization’s target of eliminating hepatitis C as a major public health threat. He stated that, while there were currently no plans to publish a strategy, his department was working closely with NHS England and Public Health England to deliver “a highly ambitious, whole-system approach that would achieve elimination in 2025 – five years ahead of the WHO target.”

Baroness Randerson followed up with a question as to whether the Government intended to introduce a national campaign to raise public awareness of hepatitis C, thus encouraging more people to seek treatment. The Minister responded that they were reaching into hard-to-reach communities, such as rolling out opt-out testing for people entering the prison estate, which is one of the areas where hepatitis C tends to be transmitted. He acknowledged that there was “clearly a need to do more” and that they were “looking at how to reach those hard-to-reach communities.”

Baroness Wheeler also asked what was being done to increase testing and treatment in community settings, to which Lord O’Shaughnessy responded that the Government had have introduced testing in pharmacies and increased screening among the South Asian population. He stated that it was important to use the opportunities of community health services and taking testing into those communities, so that we can deliver on target.

Other contributors to the discussion included crossbench peers Lord Patel and Baroness Afshar, and Lib Dem peer Lord Rennard. Although the short discussion did not reveal any new information, it was good to see the Minister acknowledge areas where further action was needed. The transcript can be read in full here.

The long awaited Public Inquiry into the Contaminated Blood Scandal of the 70’s and 80’s, in which more than 5,000 people with haemophilia and other bleeding disorders were multiply-infected with hepatitis and HIV viruses, officially got underway at the beginning of July.

It is estimated that since then more than 2,400 people have died as a result and that number is increasing.

It was just over a year ago that the Prime Minister, Theresa May, first announced there would be an Inquiry into the scandal, describing it as “an appalling tragedy which should simply never have happened.” Since then it has also been announced that the Inquiry will be under the Cabinet Office, not the Department of Health, and will be led by retired High Court Judge, Sir Brian Langstaff.

Sir Brian said that people should not feel under any obligation to share their experience but he anticipated that many of will want to do this. Further details of how people can give evidence to the Inquiry are available at www.infectedbloodinquiry.org.uk or via Freephone 0808 169 1377.

The Inquiry has also announced it will be holding its first hearings at Church House in London from Monday 24th to Wednesday 26th September. On the Monday the hearings will start in the early afternoon after a commemoration earlier in the day for the people infected and affected over the past decades. These preliminary hearings will be concerned with procedural matters and it is not expected that the main hearings will begin until the New Year.

The preliminary hearings will be transmitted through the Inquiry website so that people can follow them without travelling to London. However, it is expect that many people will wish to attend and the Inquiry is advising people to register their interest by contacting the Inquiry at contact@infectedbloodinquiry.org.uk.

More information about the inquiry and the contaminated blood scandal is available on The Haemophilia Society’s website.

We are delighted to announce that two organisations have joined the Hepatitis C Coalition in the last quarter: Release and the Transform Drugs Policy Foundation.

Release is the national centre of expertise on drugs and drugs law. The organisation, founded in 1967, is an independent and registered charity. Through their services the team provides free non-judgemental, specialist advice and information to the public and professionals on issues related to drug use and to drug laws.

The Transform Drug Policy Foundation is an independent think tank that operates internationally and works with partners from all sectors to further its aims. Its vision is to see a global system of drug regulation and control that protects people, and promotes peace and security, sustainable development, health and human rights. Its mission is to educate and inspire policymakers to explore and implement the effective legal regulation of drug markets.